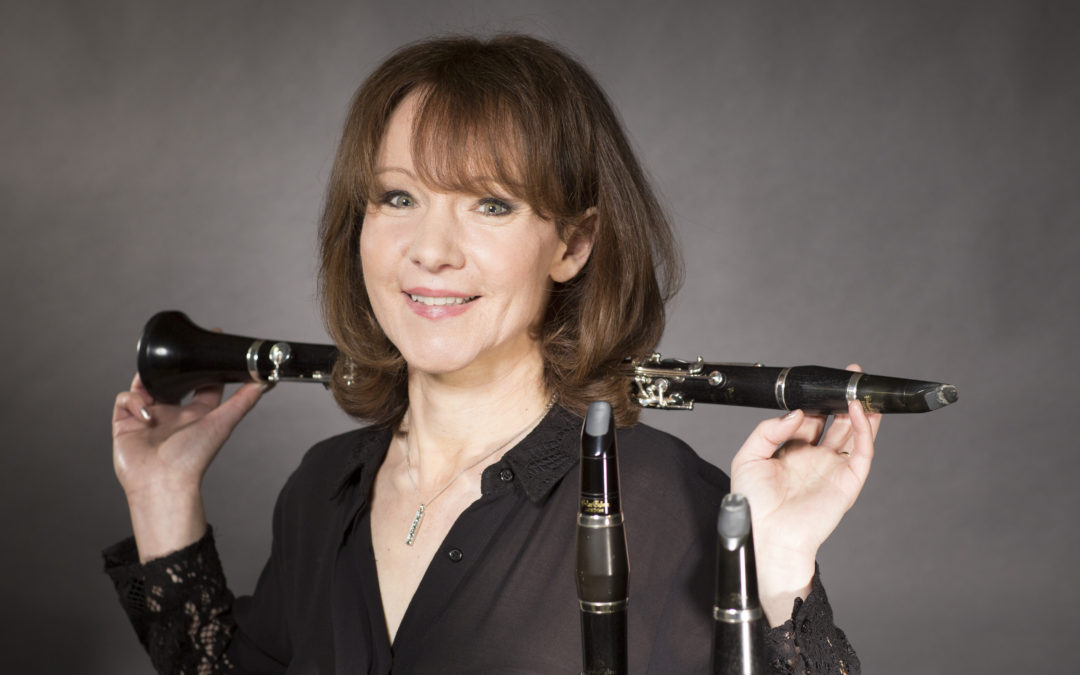 From Bold and Beautiful Beethoven to Gypsy Carnivals, Sherborne Abbey Festival offers something for everyone!

With an eighteenth season in 2017, and many awards for tourism under its belt, there can be no doubt that the first May weekend in Sherborne means only one thing – Sherborne Abbey Festival and wonderful music of all kinds!

This year’s programme, taking place from 28th April – 2nd May is no exception; full of exciting and adventurous performances, with something for all tastes and ages. The Festival is unique in that seventy percent of all performances are free entry, making it one of Dorset’s most welcoming and accessible music events.

This year welcomes back one of the world’s most acclaimed vocal ensembles, Tenebrae, under the direction of Nigel Short with A Hymn of Heavenly Beauty celebrating some of the finest choral works from the Renaissance through to the present day.

Audiences also get the chance to see acclaimed violinist Nicola Benedetti, winner of Best Female Artist at both the 2012 and 2013 Classical BRIT Awards. One of the most sought after violinists of her generation, Nicola will perform Bold and Beautiful Beethoven, accompanied by the Iuventus Chamber Orchestra led by Ruth Rogers.

As a complete contrast, a double-header evening performance features Parisian Moods with the Gypsy Carnivals band and their lively upbeat sounds of 1930s Paris Gypsy Jazz. Followed in the second half by Gabrielle Ducomble with her special blend of Gallic charm, putting a fresh jazz spin on iconic chansons by Edith Piaf, Michel Legrand, Serge Gainsbourg and Astor Piazzolla.

The Clarinet Goes to Town as Emma Johnson, former BBC Young Musician of the Year, and one of the most popular figures on the concert scene, brings the Festival an irresistible new programme paying tribute to some of the greatest clarinettists of all time including Sidney Bechet, Benny Goodman and Artie Shaw.

Fresh from the radio, Emerald O’Hanrahan (better known as Emma Grundy in the Archers) presents Jane Austen at Home – a one-woman show consisting entirely of Jane Austen’s words. Celebrated with extracts from letters, poetry and novels and capturing her warm-hearted and affectionate nature.

Robert Sharpe, Organist of York Minster, showcases Sherborne Abbey’s magnificent Tickell organ with Sounds Majestic a programme of music by 19th and 20th century French composers as well as the most famous composer for the organ, J S Bach.

As always, local young musicians, bands and singers have a major role with jazz, close harmony and barbershop, madrigal, choral and chamber ensembles from Sherborne School, Sherborne Girls and Leweston while The Gryphon School (with Bournemouth Sinfonietta) performs Vive la Vélorution!  by British composer Alexander L’Estrange, commissioned to celebrate the grand depart of the 2014 Tour de France from Yorkshire. Sherborne School’s Swing Band performances are now legendary, attracting such a huge audience that they have moved to a larger venue at Sherborne School Chapel to accommodate fans.

A much anticipated highlight is the performance by Sherborne Festival Chorus, a non-auditioning community-based choir of 140 people. Together with The Sherborne Chamber Choir and Chameleon Arts Orchestra they will present Elgar’s Dream of Gerontius featuring international star tenor Toby Spence, who performed the role of Gerontius in the 2015 Proms with Sir Simon Rattle and the Vienna Philharmonic Orchestra.

Festival Director, John Baker, says “The Festival is an exciting celebration of contrasts in music and performance – from an improvisation carnival music workshop, poetry and close harmonies to Gypsy jazz, madrigals and rousing choral works. The programme offers a unique opportunity to experience a wide range of musical performance, from home-grown young talent to international musical stars, and we look forward to welcoming everybody again this year”.

Information on the full Festival programme, with more than twenty five events, and details on buying tickets can be found at www.sherborneabbeyfestival.org

General booking opens on Wednesday 1st March 2017 and 70% of all performances are free entry! 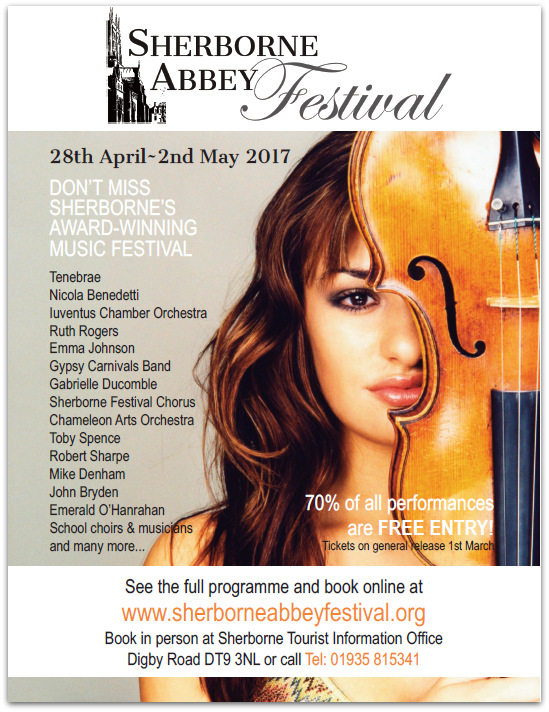 Multi award-winning Sherborne Abbey Festival is entirely run by volunteers, led by Festival Director John Baker. It was founded in 2000 to celebrate music within the inspiring setting of Sherborne Abbey, local historic churches and schools, and presents an exciting programme with international performers and top music scholars. The Festival Chorus was founded in 2006; conducted by Paul Ellis; it is a community-based non-auditioning choir, which gives local singers the opportunity to perform major works with professional musicians. Each year the Festival reinvests profits to support future events and offer as much free access to concerts as possible. The Festival also supports and encourages music in the community all year, maintaining the organ at Sherborne Abbey and funding of the Abbey Choir itself, including music lessons for choristers.