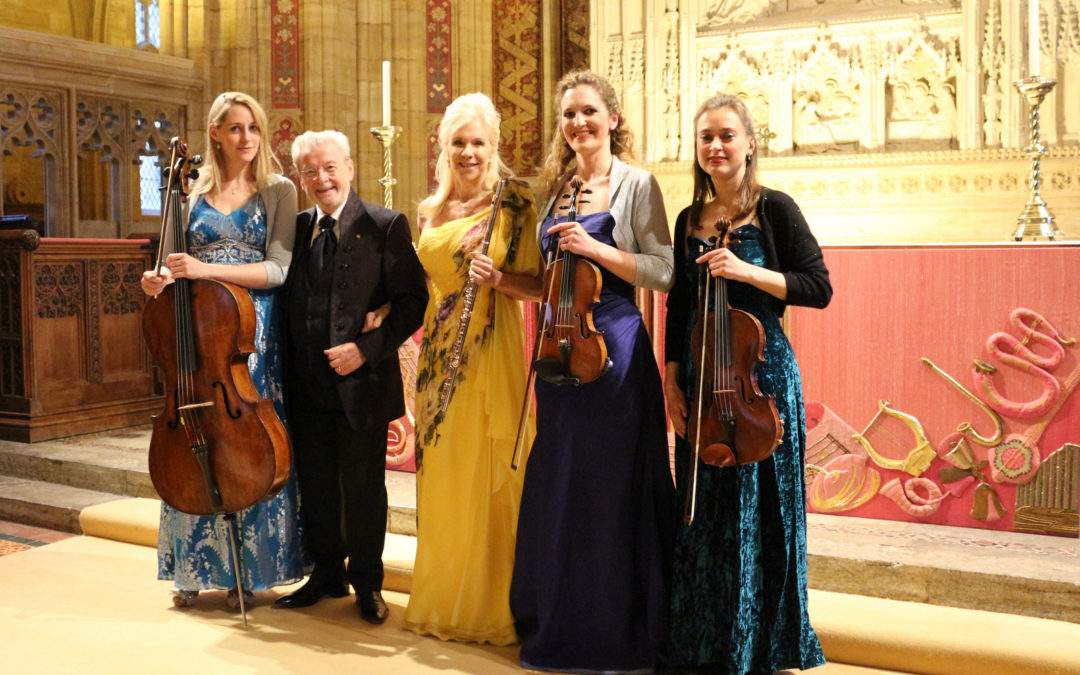 From Renaissance music to the Man with the Golden Flute, Sherborne Abbey Festival entertains thousands

Now in its seventeenth season, Sherborne Abbey Festival has attracted record audiences over the early May bank holiday weekend. More than 10,000 visitors to its website during April was an indication that the event would be well supported, and organisers were not disappointed.

Festival Director, John Baker, said “Every year seems to get better for our award-winning festival. With seventeen free events plus world-class performances by international music stars, we are now attracting thousands of visitors to Sherborne from all corners of the UK – and our website tells us we attract interest from all around the world too, offering a major tourist attraction and boost to the local economy”.

Sir James and Lady Jeanne Galway played to an audience of 700 in Sherborne Abbey, accompanied by the Iuventus Ensemble with Ruth Rogers (an OG of Sherborne Girls) showing exceptional talent on the violin. Their repertoire from Mozart, Beethoven and Haydn thrilled the audience, many of whom managed to meet ‘the man with the golden flute’ afterwards, before he retired to The Eastbury Hotel.

Globally-renowned VOCES8, with their eight beautifully integrated solo voices, not only performed From the Cradle to the Cross to an audience of more than 600 in Sherborne Abbey but they also staged a workshop for pupils at Sherborne Primary School earlier in the day.

Yeovil-born and Wells Cathedral School pupil, Andrew Dewar (now organist at The American Cathedral in Paris), performed a repertoire including Bach, Purcell, Vivaldi and Reger in Sherborne Abbey which captivated the large audience watching him play close up on the big screen.

The Festival closed on Tuesday evening with Stile Antico, renowned for their vibrant and expressive performances of music from the Renaissance, presenting The Touches of Sweet Harmony, an enticing programme devised to mark the 400th anniversary of the death of William Shakespeare.

Jazz provided the liveliest events of the season.  The Ronnie Scott’s All Stars concert sold out on the day of release for a brief couple of hours the audience was transported London’s famous Ronnie Scott’s jazz club and enjoyed a narrative with real film clips following the club’s colourful history.  While Sherborne School Swing Band wowed a packed Powell Theatre with its renditions of popular jazz and swing numbers, demonstrating exceptional musical and singing talent.

The Festival includes and encourages young talent from all local schools and this year was no exception. Young musicians and singers skilfully performed jazz, madrigal, choral and chamber ensembles while The Gryphon School and Bournemouth Sinfonietta Choir’s concert Ahoy! Sing for the Mary Rose (a fusion of Tudor-style music and British Sea Shanties) attracted a huge crowd to Sherborne Abbey.

A much anticipated highlight was the performance by Sherborne Festival Chorus, a non-auditioning community-based choir of 140 people, created in 2006 by John Baker on behalf of Sherborne Abbey Festival, to enable and encourage local people to sing to a high standard within an informal environment. Together with The Sherborne Chamber Choir and Chameleon Arts Orchestra they presented an all-English programme featuring twentieth century composers, Vaughan Williams and Howells.

Profits from the Festival not only helps to fund future free events but it creates a charitable fund which continues to support the Abbey Choir and the maintenance of Sherborne Abbey’s organ. This year the Festival also paid for cushioned seating throughout the Abbey, so visitors will find the pews extra comfortable for events and worshipping all year round!  Major grants have been given to Sherborne Young Singers and to ex-members of the Abbey Choir to help advance their musical careers, including at the Royal Academy in London and to study opera in Germany.

From improvisation workshops, poetry and close harmonies to salon baroque, madrigals and classical ukulele, the Festival delivered a varied programme with something for everyone.  John Baker said “Where to start to compare the breadth of performances over these past five days? Each in its own way outstanding. Globally renowned performers were in a class of their own, while our own home grown talent shone equally bright.  For an entirely voluntary run, charitable Festival we really punch above our weight and I’m enormously proud of all we have achieved this year”. 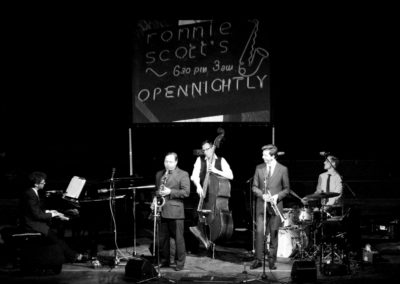 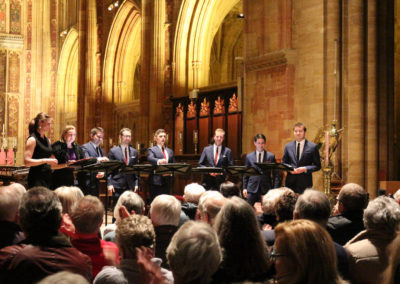 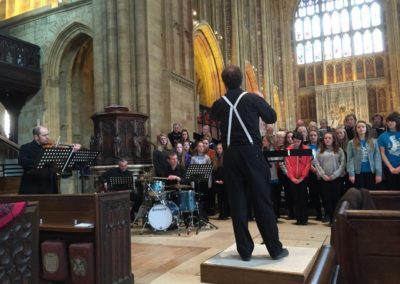 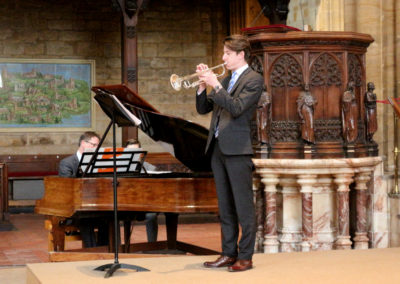 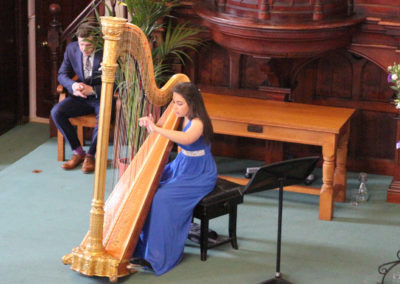 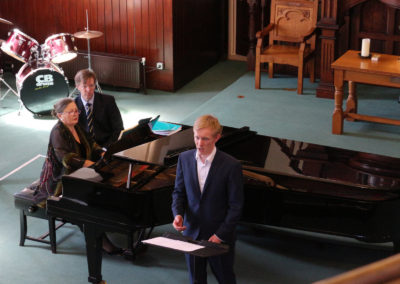 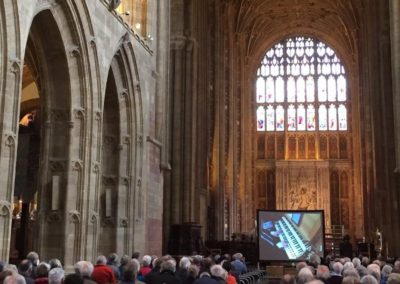 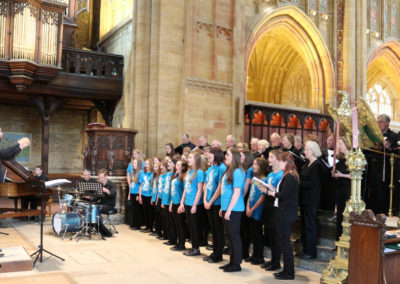 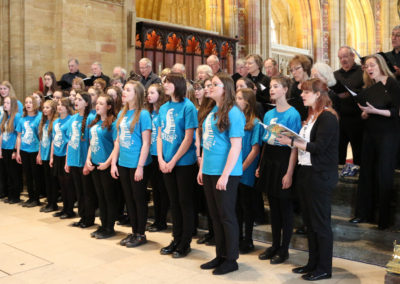 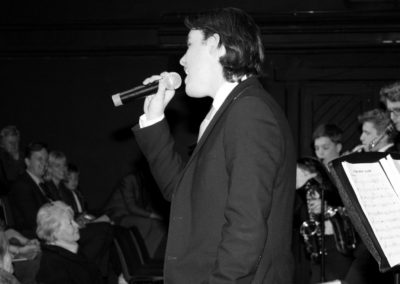 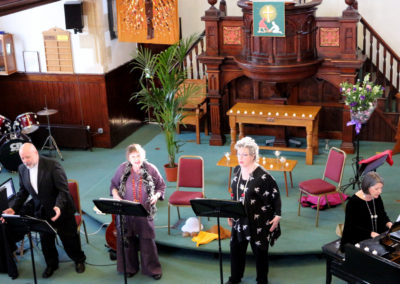 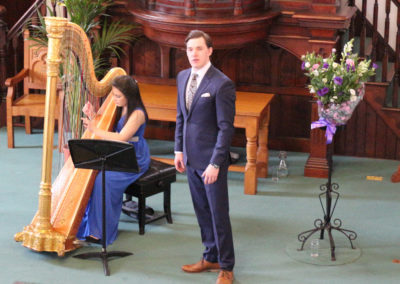 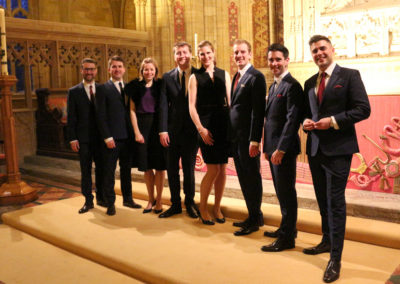 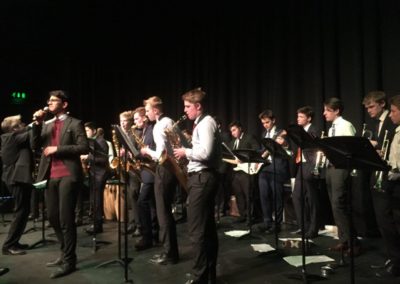 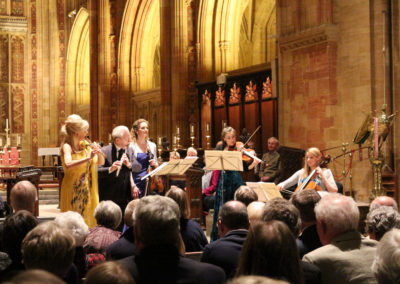 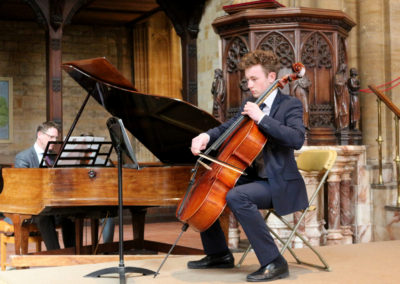 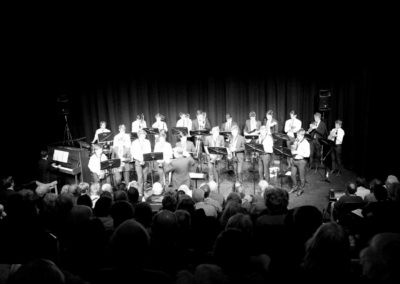 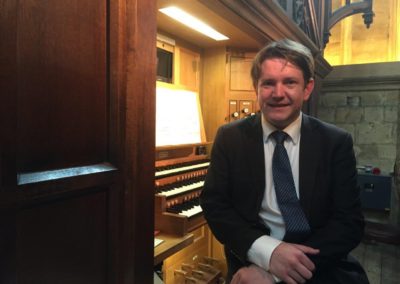 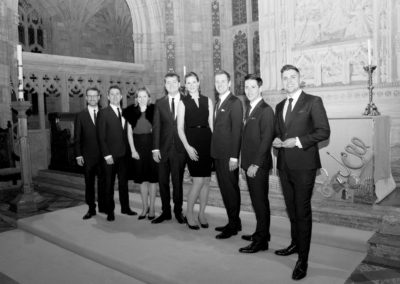 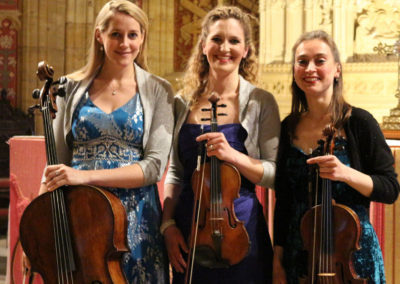 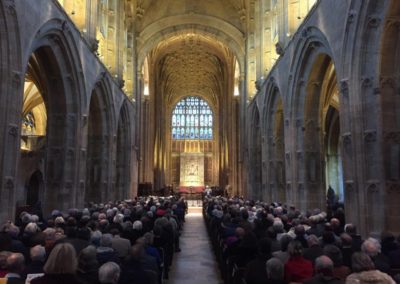 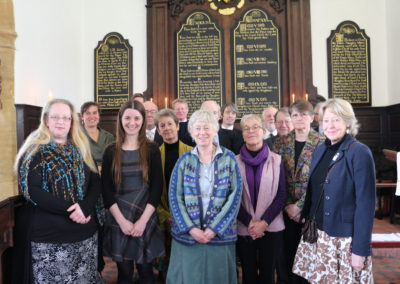 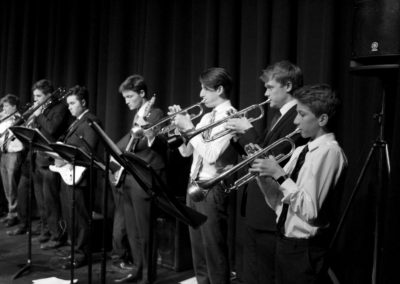 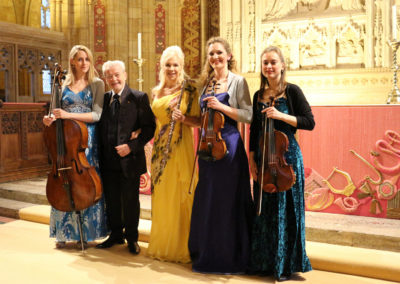 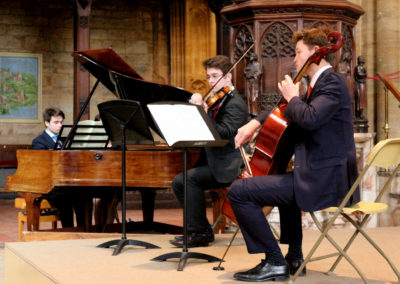