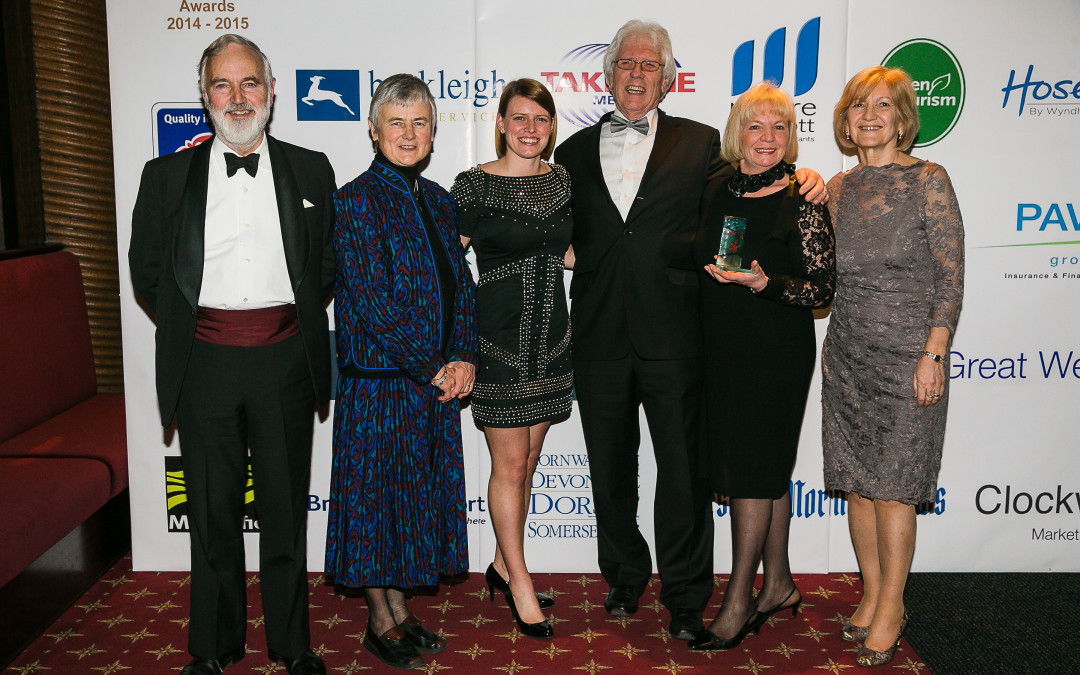 ‘A record finale to a record year’ was one description of Awards night on February 12th, as 10 months of work culminated in the presentation of 98 trophies to the South West’s leading tourism businesses and events, including Sherborne Abbey Festival, at the South West Tourism Excellence Awards 2014-15,  presented on the Grand Pier at Weston Super Mare, in association with Source for Business.

The evening was hosted by ITV’s Kylie Pentelow, with adventurer, Monty Halls, as special guest. Watch the highlights video: 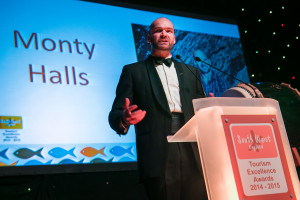 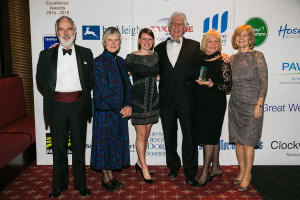 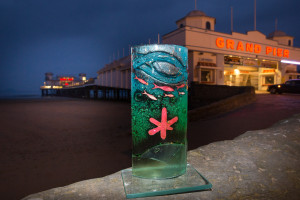 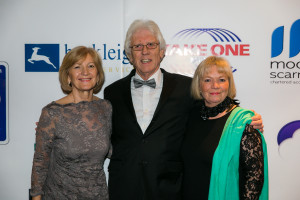 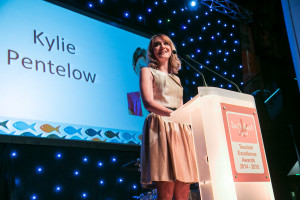 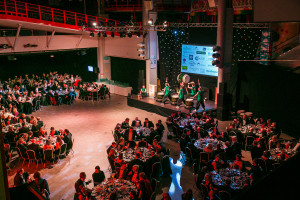 Amongst the category winners there were 2 Outstanding Contribution awards, the first going to Glastonbury’s Michael Eavis, whose vision has brought millions of visitors to the region, and a second going to Carol Wager for her passion in delivering outstanding customer service to 7,000 tourism employees across the region.

The awards broke the previous record for entries with 425 submissions being considered, each going through a rigorous 3-stage judging process of marking, visits and panel meetings.

Winners in the Tourism Event of the Year Category, sponsored by Bristol Airport  www.bristolairport.co.uk were:

“The list of finalists really does look like a who’s who of the best in the industry in the South West. Once again the entrants have surpassed themselves in showing that investment, innovation and creativity remain at the heart of the visitor economy in the region.”

Event photos can be downloaded from http://nickwilliamsphotographer.co.uk/p17512906

The Awards hashtag is #SWTAwards

In other awards news… VisitEngland Awards for Excellence

Sherborne Abbey Festival was one of up to six award winners from each SW Tourism category to be nominated to represent the region at the National Enjoy England Awards for Excellence and it was the only winner in its category to be an entirely volunteer-run event!  We received superb feedback on our entry, with VisitEngland assessors commenting on our ‘pride and passion’ for the Festival and ‘unique accessibility with 70% of all performances free entry’.  They concluded we are “Obviously a successful event and one to watch for the future”.