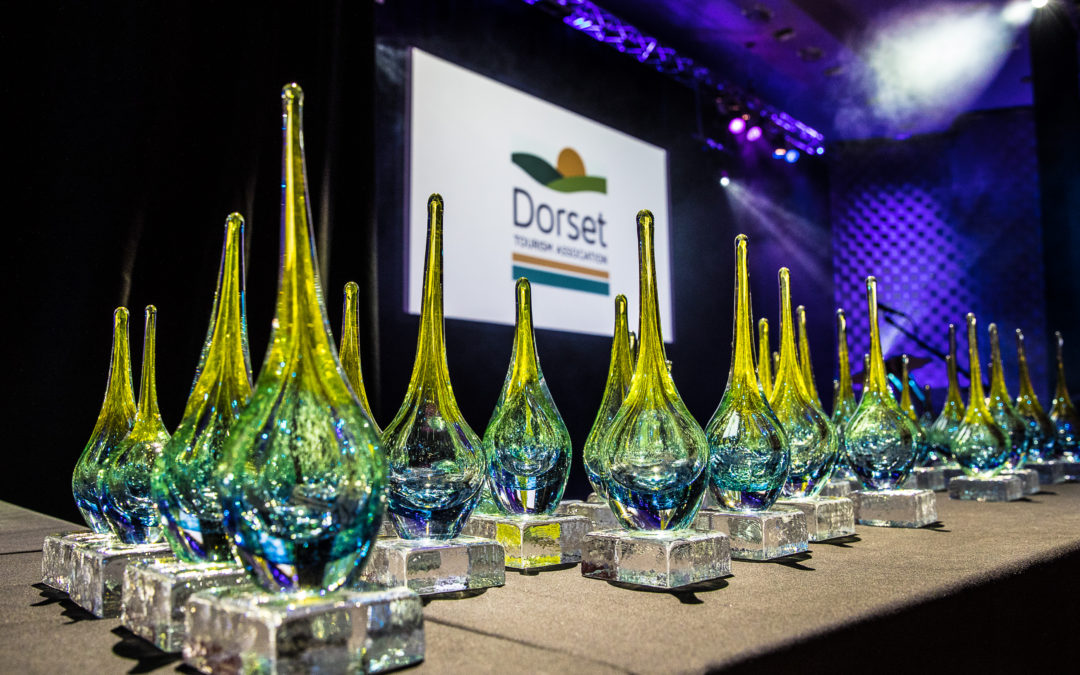 ‘Just beautiful’ as the Festival wins in the Dorset Tourism Awards 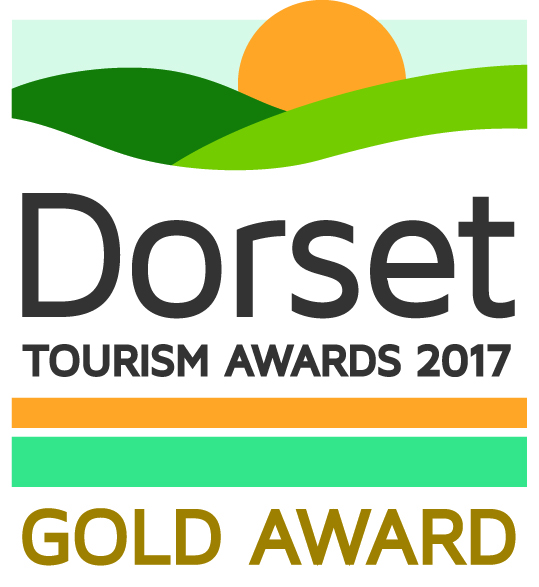 After much anticipation, we’re delighted to announce that Sherborne Abbey Festival has won GOLD in the 2017 Dorset Tourism Awards, jointly awarded BEST EVENT/FESTIVAL OF THE YEAR. This is a huge achievement and we held our own against very tough competition. Judges deemed our Festival to be ‘Just beautiful’ and we couldn’t agree with them more.

We couldn’t have achieved this without the support of Sherborne Abbey and the PCC, our Presidents, Patrons and sponsors and the other churches and schools who participate. We especially thank our very many volunteers, and our Festival Committee, who work tirelessly throughout year to make the event the huge success it has become.

Thank you, and here’s to the 19th Festival coming up next year from 4-8 May.  John and Jacqui Baker 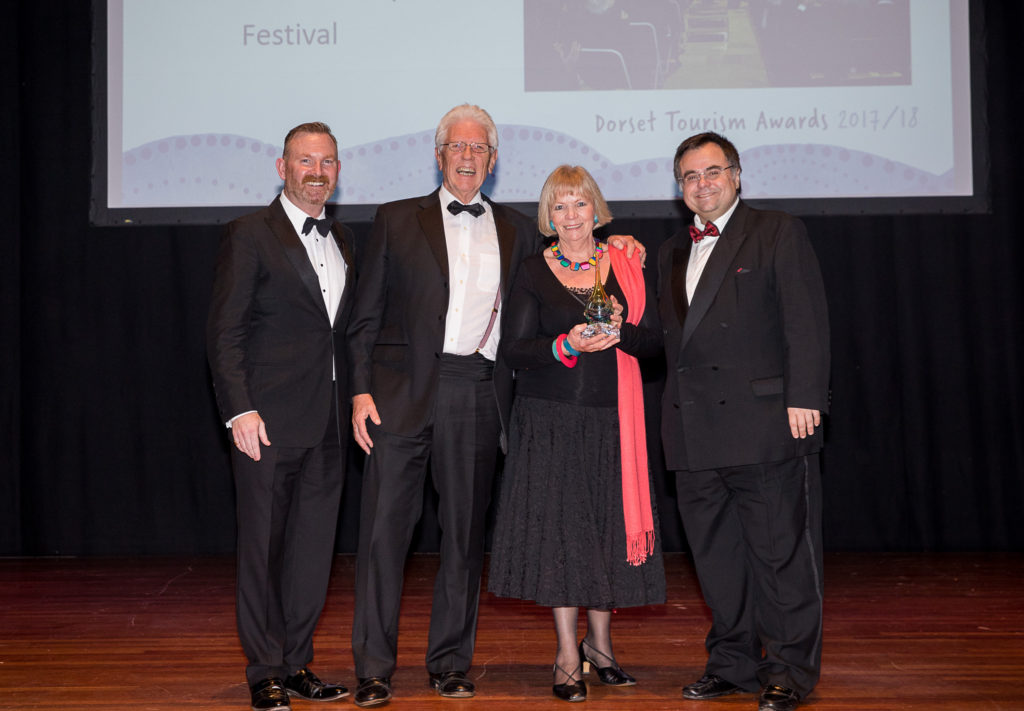 Read all about the finals below:

A record audience of 297 guests witnessed 66 trophies being presented to tourism businesses from across Dorset at the Dorset Tourism Awards dinner, held for the first time at The Lighthouse in Poole on Thursday 16th November.

Now in its fifth year, the Awards broke all records in celebrating the best of Dorset tourism and also as the route for Dorset businesses to win in the South West and national Visit England awards.  This year saw 4 new categories for Spa & Wellbeing, Active & Sporting, Artistic & Learning Experience and Guided Tour at the celebratory dinner, with awards presented by national tourism leader Bernard Donoghue.

All parts of the county saw winners – from Swanage and Portland to Cranborne and Blandford Forum, from Ferndown to Lyme Regis, Christchurch to Sherborne, Bournemouth to Poole.  Winners had been through a rigorous judging process involving initial study of entry forms and online presence, a programme of visits – often mystery visits – and ending with decisions by an independent panel.

Amongst the winners were two big surprises: an ‘Outstanding Customer Service’ award to Katie Davies at Moors Valley Country Park, for going the extra mile in researching and looking after autistic visitors, and the ‘Outstanding Contribution to Tourism’ award to the Jurassic Coast Team, for their long-term contribution to the coast and helping put Dorset on the international map.

Nick Fernyhough of headline sponsors Saffery Champness said:  “Saffery Champness Accountants are delighted to be the headline sponsor for the fifth consecutive year. Tourism within the UK is an ever-growing sector, particularly in the light of the exchange rate movements due to Brexit.  We are keen to see that Dorset is well placed to attract as much business and attention as possible, by delivering the highest quality product possible.  These awards reward and celebrate that excellence which is essential in this sector.

“We wish congratulations to all the finalists at this year’s awards. Standards have, as always, been particularly high.”

Chairman of the Judges, Professor Peter Jones commented: “As chairman of the Dorset tourism awards judging panel I’m delighted to report that the work of the panel becomes harder year-on-year. This is not just because of the number and the quality of the applications, but is a reflection of the commitment of the tourism businesses of whatever size and type in enhancing and developing the true authentic Dorset visitor experience.”

The Dorset Tourism Awards have seen year on year growth since their launch in June 2013. Robin Barker, who has developed the awards from first concept to their current success has been delighted with progress, saying: “This year has seen record entries, more sponsors and our biggest Dorset event ever. Many congratulations to all the winners, who we look forward to working with in their quest for ever higher standards.”

Successful businesses in the Dorset Awards will now be fast tracked into the South West Tourism Excellence Awards in February 2018 and possibly on to the National Visit England Awards in April 2018.

The full list of winners can be seen HERE

Photos from the evening can be downloaded free of charge from http://nickwilliamsphotographer.co.uk/p90363110