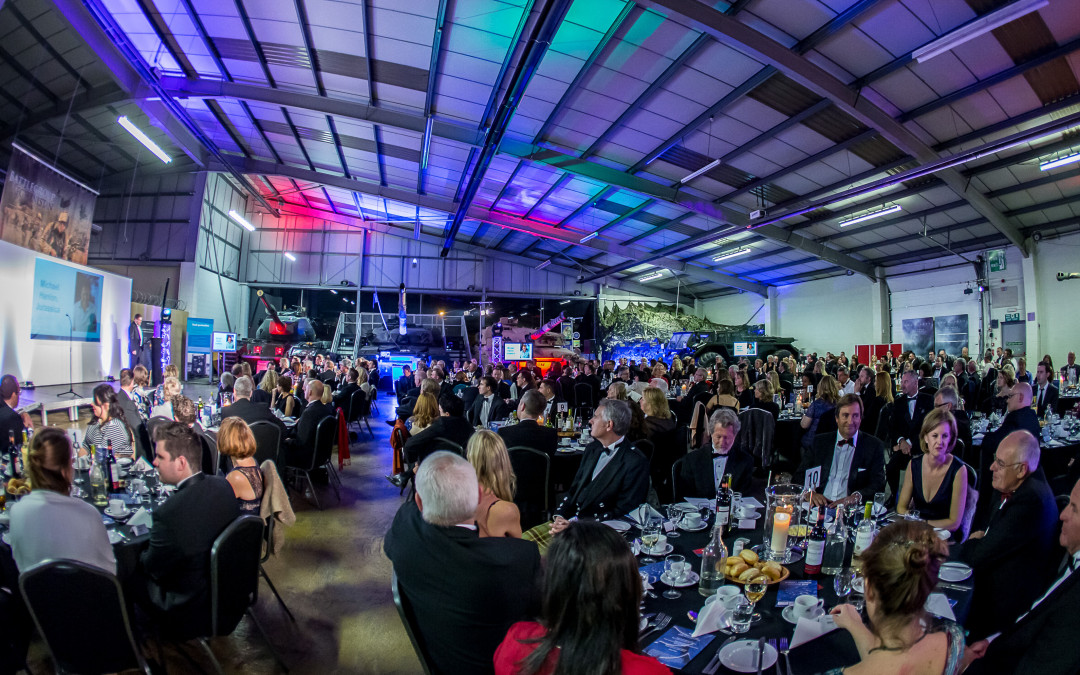 A bigger-than-ever audience of 215 guests witnessed 51 trophies being presented to tourism businesses from across Dorset at the annual Dorset Tourism Awards at the Tank Museum on Thursday 15th October.  See all the WINNERS

Sherborne Abbey Festival was delighted to be awarded in the TOURISM EVENT OF THE YEAR category with a Bronze trophy, against competition from far larger commercial events.

Winners came from right across the county – from Lyme Regis and Bridport in the West, Sherborne in the North, Christchurch and Bournemouth in the East, and Poole and Weymouth in the South.  Each had been through a rigorous 3-stage judging process involving initial scoring of entry forms, a programme of visits – often mystery visits – and ending with decisions by an independent panel.

Nick Fernyhough of headline sponsors Saffery Champness said:  “The level of entries in all categories has been outstanding this year and shows the high quality venues and activities that Dorset can provide for tourism. This is the 3rd year of Saffery’s involvement in these awards and each year we have seen the standard of entries and winners improving. It’s very impressive.”

Guest Speaker on the night was Michael Hanlon, Chief Executive of Jurassica, who spoke on the subject of “Dorset: How do we stop it being the forgotten county?” and commenting “Dorset is a magical and romantic county. It needs to capitalise on its brand.”

The Dorset Tourism Awards were launched in June 2013, following liaison between their founder, Robin Barker, and local tourism leaders.  Robin has been delighted with progress since then, saying: “This year has seen a further growth in entries, more sponsors, a bigger event and a further raising in quality. It follows Dorset’s success in the regional and national awards last year when, after a gap of several years, Dorset was again amongst the winners.”