Countdown to the Festival! 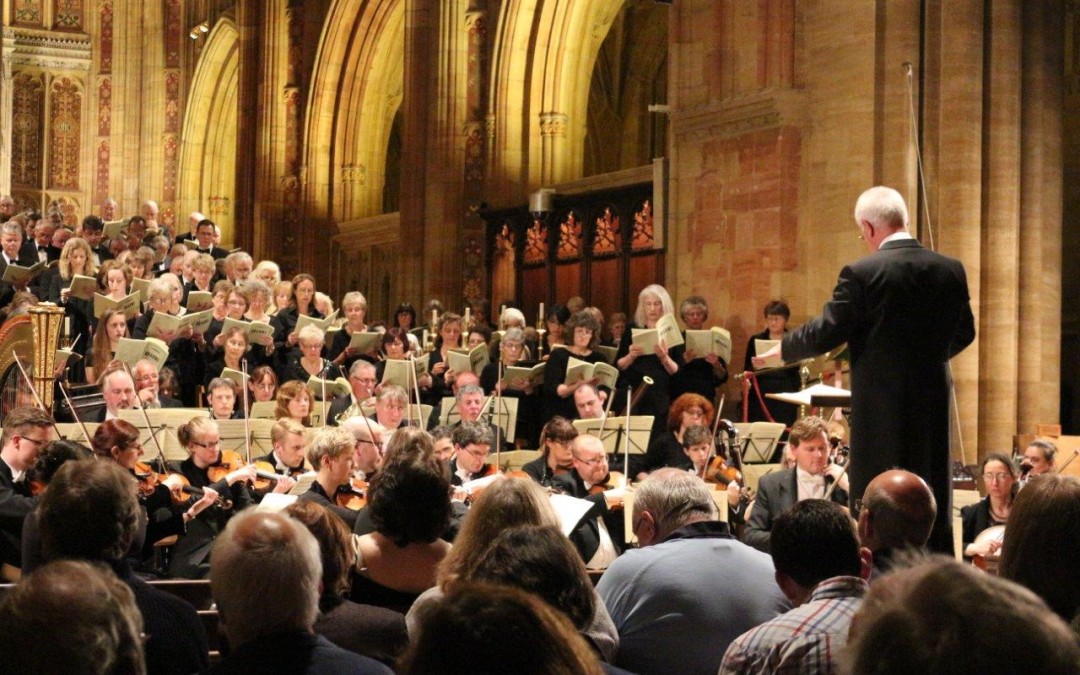 Atmospheric acoustics to rousing sea shanties, Sherborne Abbey’s annual festival is just around the corner, and tickets are selling fast!

With just over a week to go before award-winning Sherborne Abbey Festival opens its doors to eager music lovers,  some of the top events are selling out – but with more than seventy percent of concerts free entry there is still a lot to be excited about.  Visitors to Sherborne Abbey can also look forward to an extra-comfy experience in the pews this year, as the Festival has provided fitted cushion seating throughout the Abbey to be enjoyed all year round.

In what was a first experience for the Festival this year, tickets for London’s Ronnie Scott’s All Stars performance sold out on the day they were released and guarantees to play to a packed house.  The much-awaited return of international fluting superstars, Sir James and Lady Jeanne Galway, performing in Sherborne Abbey with the Iuventus Ensemble on 30th April, has already sold more than 600 tickets, so opportunities are now very limited, but there is still time to get a last minute seat!  Likewise VOCES8, one of the most versatile and best-loved singing groups in the world, will play to a record audience in the Abbey on 29th April and very few seats remain, so it is advised to book soon.

Much-anticipated newcomer to the Festival is Stile Antico, bringing the Musical World of William Shakespeare to the Abbey on May 3rd, in celebration of the 400th anniversary of the death of Shakespeare.  This promises to be a unique performance by one of the world’s leading early music vocal ensembles and, as excitement builds across the nation for this celebration of the Bard, timing for this event could not be more perfect.  Stile Antico has performed to the highest acclaim all around the world, and this is a very special chance to hear them perform in the Abbey – early booking is recommended for the best seats.

As always the Festival’s main aim is to promote local and young musical talent and young musicians and singers have a major role with concerts by jazz, madrigal, choral and chamber ensembles from Sherborne School, Sherborne Girls, Leweston and The Gryphon School (performing Ahoy! Sing for the Mary Rose, a fusion of Tudor-style music and British Sea Shanties).  Sherborne School’s Swing Band performances are now legendary, attracting such a large audience that their ‘Be-Bop and Swing’ concert has now moved to the Powell Theatre to accommodate fans – concert-goers are advised to arrive early for any of these free performances to be guaranteed a good seat.  And the Duruflé Trio will lead this year’s classical improvisation workshop and free performance in the Abbey afterwards on 30th April.

Other young local superstars in the making include Andrew Dewar,  with an organ recital on 2nd May.  Andrew started playing the organ at his local church in Yeovil when he was nine. He won a scholarship to Wells Cathedral School and then onto Germany where he studied at the Musikhochschule, Stuttgart. The recipient of many prizes in organ competitions, Andrew is currently organist at the American Cathedral in Paris his recital, including works by Bach, Purcell and Vivaldi, is one not to be missed!

A much anticipated highlight is the performance by Sherborne Festival Chorus, a non-auditioning community-based choir of 140 people, created in 2006 by John Baker on behalf of Sherborne Abbey Festival, to enable and encourage local people to sing to a high standard within an informal environment. Together with The Sherborne Chamber Choir and Chameleon Arts Orchestra they will present an all-English programme featuring two of our best-loved twentieth century composers, Vaughan Williams and Howells.

‘The Festival is an exciting celebration of contrasts in music and performance – from improvisation workshops, poetry and close harmonies to salon baroque, madrigals and classical ukulele’, says Festival Director John Baker, ‘Whether audiences are looking for atmospheric acoustics, or rousing sea shanties, the early May bank holiday weekend in Sherborne is definitely the place to be. We reinvest profits each year to enable as many free performances as possible – this really is ‘the people’s music festival’ and we look forward to welcoming you all again this year’.

Tickets for performances on 29th April-3rd May are easy to book online, or in person at Sherborne Tourist Information Centre. 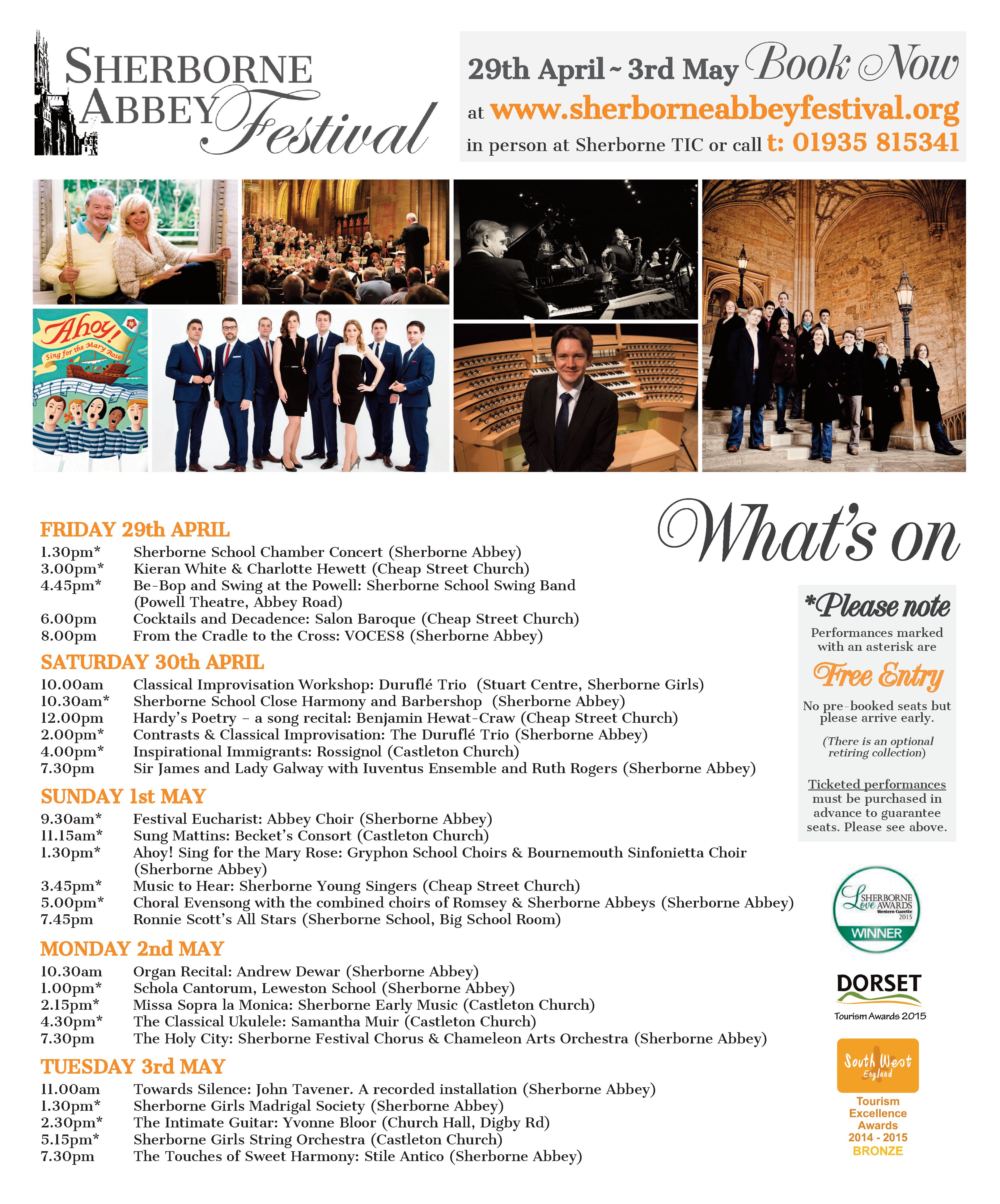 NB: RONNIE SCOTT’S ALL STARS PERFORMANCE IS NOW SOLD OUT!