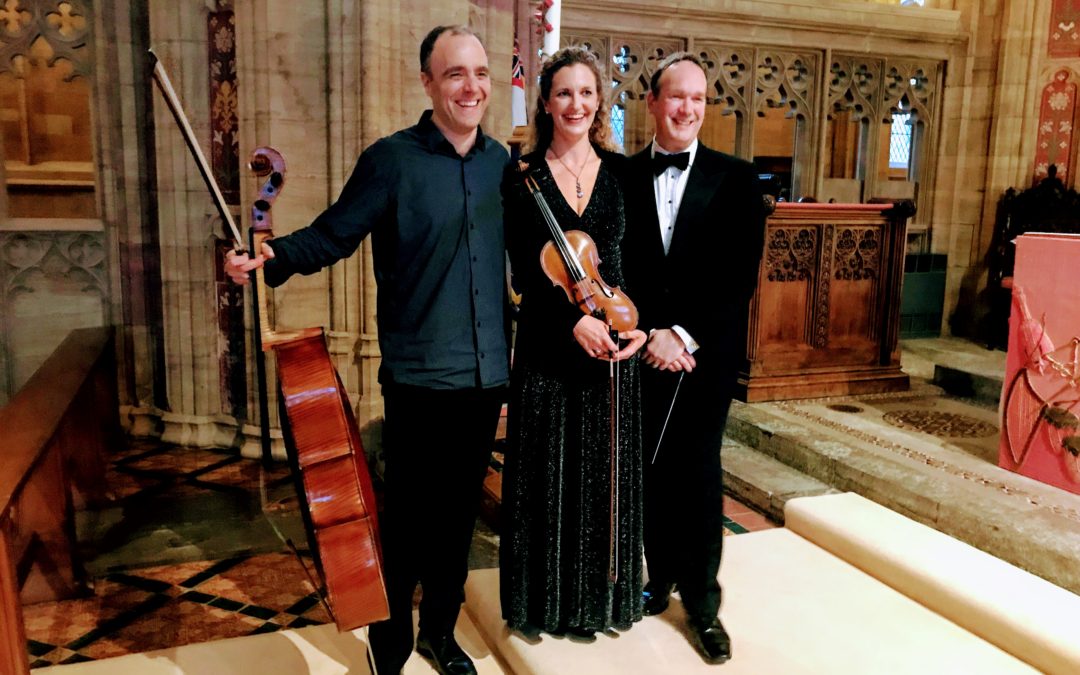 The nineteenth annual award-winning Sherborne Abbey Festival took place on a sunny May bank holiday weekend as thousands flocked to twenty five different concerts in the town, around seventy percent of which were free-entry.

A hugely varied programme, with the London Adventist Chorale and director Ken Burton bringing Gospel singing to the Abbey on the opening night (with an afternoon workshop at Sherborne Abbey Primary School beforehand) while, in contrast, Peter Phillips and the Tallis Scholars closed the Festival in a magnificent fashion with Rachmaninov’s Vespers.  For a complete change of tempo, audiences experienced a real treat when the Festival swung into Sinatra mode with Matt Ford, who sings regularly with the John Wilson Orchestra in London, backed by the hugely talented Tippett Quartet and the Matt Skelton Quintet.

As usual, the Festival’s world-class performances are interspersed with concerts given by exceptionally talented local musicians and students, ranging from early music, madrigal and chamber music to jazz and barbershop. Not forgetting the popular Saturday morning workshop and performance which this year featured Dorset dance tunes and folk.

For the first time the Festival introduced an Artist in Residence – James Budden – whose work was created during several of the live performances and will be available in print after the event.

This year the event has been awarded Gold in the Dorset Tourism Awards and joint Event/Festival of the Year, followed by a Silver Award in the same category for the whole of the South West region.  Judges thought the Festival was ‘Just Beautiful’ and its success is a fitting tribute to a dedicated team of volunteers who work so hard to make it happen year on year.

As has always been the case, proceeds from the Festival are reinvested in projects that enhance the musical life of Sherborne Abbey and the town. Together with continued financial support for the Abbey Choir and the upkeep of the organ, Festival funds this year have provided grants to local young musicians in order to help them to further their musical careers.