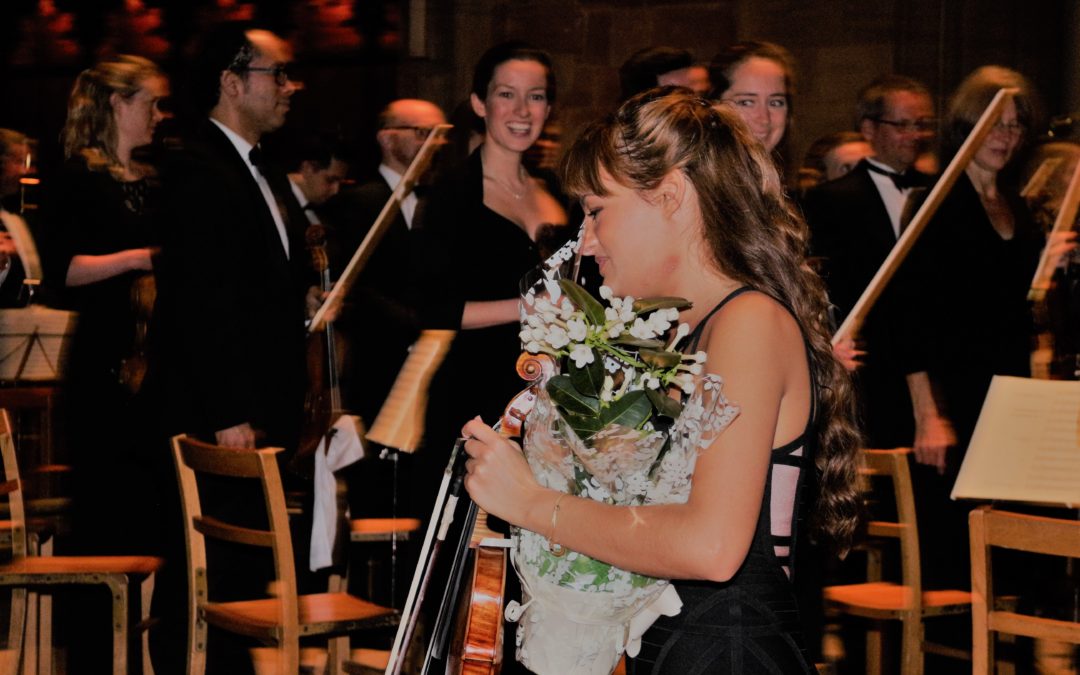 A HUGE SUCCESS AS ‘BOLD AND BEAUTIFUL BEETHOVEN’ CLOSES THE FESTIVAL

Award-winning Sherborne Abbey Festival has celebrated record audiences, as more than 7000 people enjoyed a five day musical feast. Churches and school venues welcomed visitors from near and far during the Festival’s eighteenth season, with 25 concerts over five days.

Highlights included Sherborne Abbey Primary School’s musical workshop with the acclaimed choral ensemble, the Tenebrae Choir, who would later that evening perform ‘A Hymn of Heavenly Beauty’. Meanwhile, the clarinet came to town as Emma Johnson packed Sherborne Abbey for a toe-tapping performance on the evolution of jazz. Gabrielle Ducomble and the Gypsy Carnivals brought a Parisian mood to the Festival while Sherborne Boys’ Swing Band played and crooned to a delighted crowd. The Dream of Gerontius, starring Tenor Toby Spence, on Monday night raised the vaulted roof of Sherborne Abbey, while the finale on Tuesday saw celebrated violinist Nicola Benedetti captivate a capacity audience of 850 during a breathtaking Beethoven programme.

John Baker, Festival Chairman and Artistic Director, said “This year’s Festival has exceeded all expectations. We are thrilled that seventy percent of all performances are free entry, making us the most accessible festival of its kind. Its unique mix of talented local musicians, enthusiastic music students, and internationally renowned professional performers truly puts Sherborne centre stage each year”.

During the course of the Festival, Press Officer Liz Burt and Photographer Stuart Glasby documented concert rehearsals, excitement behind the scenes and live performances as they happened – including video clips which were used very successfully on social media.

Enjoy this collection of formal and informal images which we believe gives a real flavour of the 2017 Festival.  The gallery includes some stunning images of Sherborne Abbey and performers – please feel free to share [using the media credit Sherborne Abbey Festival/Liz Burt/Stuart Glasby].

If you need a reminder of who performed and when, see the 2017 Programme